This is the first in a series of posts about Starry Wisdom and the Left Hand Path. They are derived from notes from my talk at International Left Hand Path Consortium in Atlanta in 2016. 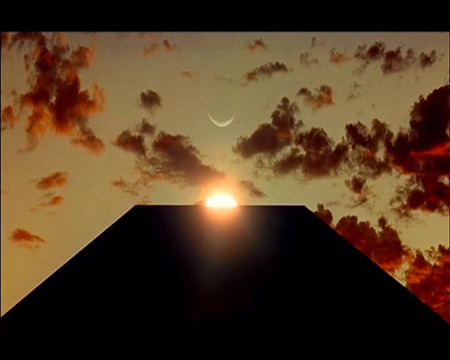 In these posts I will be writing about Starry Wisdom, elements of H.P. Lovecraft’s stories drawn from his experiences as an amateur astronomer, and the relation of both of these to the Left Hand Path.

The connection between Starry Wisdom and the Left Hand Path derives from the way that cosmology shapes and reflects human thought. This connection is necessary for the transcendent forms of the Left Hand Path that focus on the capacity of the individual for self-directed, mindful evolution.

The phrase “Starry Wisdom” itself comes from H.P. Lovecraft, in the short story “The Haunter of the Dark”. In this story the ‘disliked and unorthodox’ Starry Wisdom Sect use a many-angled scrying stone to contact an entity who fears the light and originates from beyond the visible stars.

Starry Wisdom is the study of the night sky’s effect on individuals, from the deep past and the formation of uniquely human intelligence and self-awareness, to the present where symbolism related to the movements of the heavens is implicit in much of religion, philosophy and other concerns about humanity’s place within the cosmos.