Many assume the Left Hand Path attraction to ‘darkness’ to be merely aversion to daylight and to ordinary socialization. In contrast, think about the incredible courage it took to go off by oneself and just gaze at the stars instead of remaining in the safety of light, shelter, and other humans. Further, consider the idea that much could be learned by the study of patterns in the sky and their reflection in human thought and behavior; this shows something critical about the individual, self-aware pysche and its cultivation. This takes the LHP beyond merely focusing on being the “other”, but now into the realm of the transcendent. 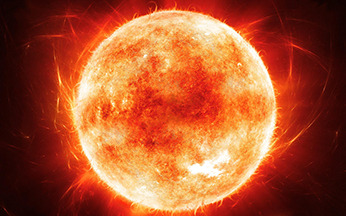 In the Right Hand Path religions – the religions of the day side – all creation is considered to spring from a single cosmic figure often represented by or closely connected to the sun. A critical distinction between the Paths of the Right and the Left is mirrored in this solar/stellar dichotomy.

The Right Hand Path takes its cues from the sun, which defines the times, orders human life, dominates agriculture, and functions as the prototype for cosmic order in its regularity. 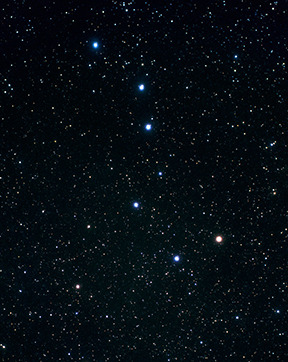 The Left Hand Path in contrast is stellar. The night sky becomes an entrance not a barrier, allowing one to see multiple points of light – and to be aware of others present but hidden due to ever increasing distance. Many of these points of light are themselves suns, scattered throughout the sky, many if not most with entire planetary systems orbiting them. The individual is symbolized by this – after all, every man and every woman is a star. The Self is a gravitational center of worlds; not one, like our sun, but many. Such a worldview encompassing this plurality grants liberty to its fellow beings that cannot exist in a solar worldview.

The individual, self-aware, self-evolving psyche functions as a prism: these experiences of the objective world are transformed, reshaped into a diverse range of structures of understanding, such as scientific thought, myth, religion. The study of this in turn leads to thinking of the night sky as a mirror in which the psyche sees itself. The stars are not only “out there”, but interior reflection allows us to see ourselves in them.

Observation of the patterns in the night sky has been with humanity since its dawn. This was illustrated quite effectively by Arthur C. Clarke in the novel 2001: A Space Odyssey, in which a curious ape nicknamed “Moonwatcher” gazes at the moon in wonder, and this curiosity makes him one of the more successful subjects of an experiment at transforming that latent intelligence of these creatures into something more as they make the next evolutionary leap forward. This leap is connected to the later evolution of the astronaut David Bowman, as those who dare to aspire to what can be glimpsed through the night sky are transmuted by the profound experience.